You are here:
Events 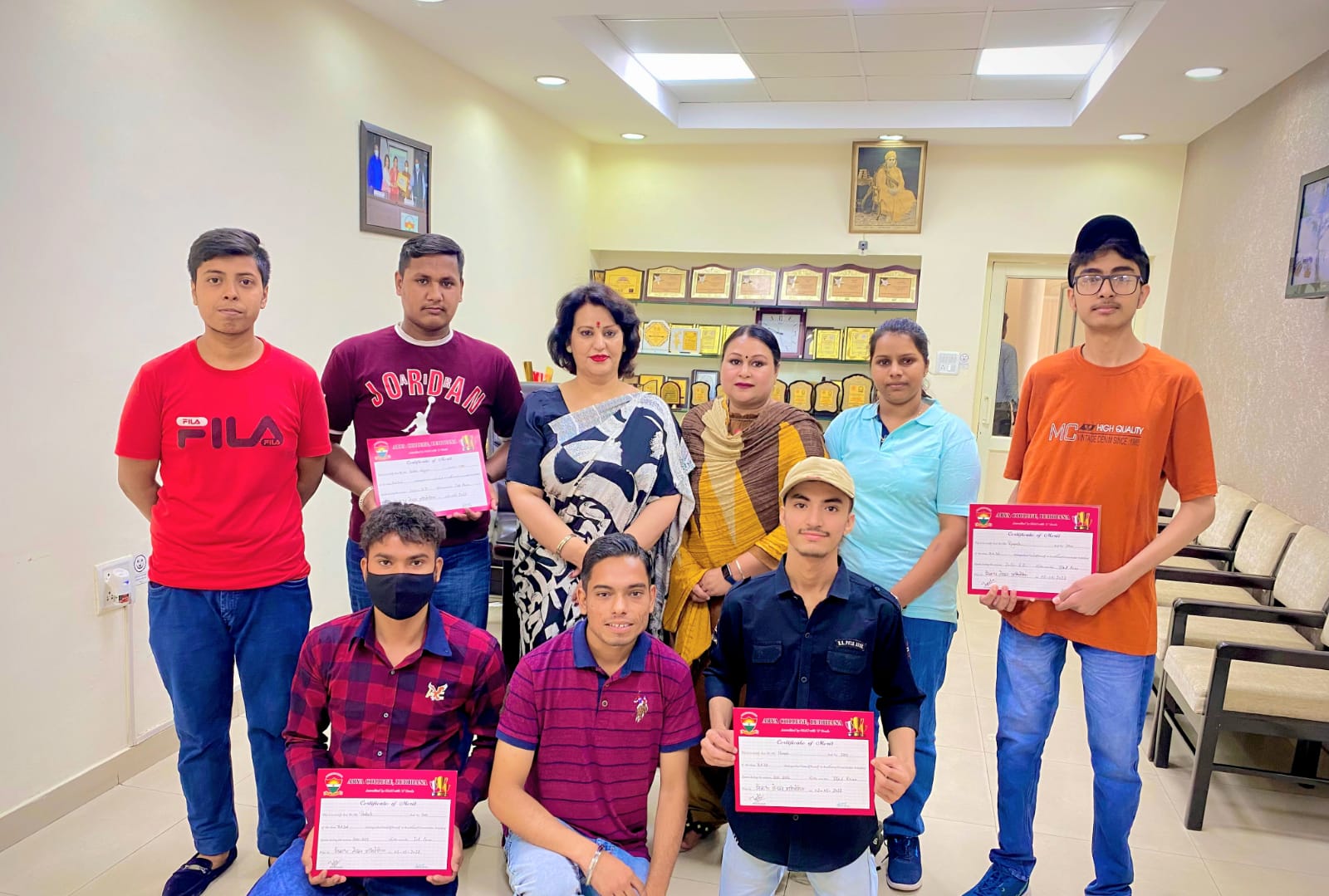 Department of Hindi of Arya College organised an Essay Writing Competition on ‘ National Language Hindi’ in which more than sixty students participated. In the competition, the students came up with their unique expressions in writing and revealed how Hindi is not a mere language. Secretary ACMC Smt. Satisha Sharma appreciated the Department for organising such a competition. Shedding light on the importance of Hindi as our national language, Principal Dr. Suksham Ahluwalia inspired students to make efforts for the promotion of Hindi language. Head Department of Hindi Dr. Tajinder Bhatia said that Hindi deserves to be called our national language because of its grammar and vast literature. In this competition, Nikhil Nayyar and Parkash of BA lll were adjudged First. Yashu Garg of BA ll and Harvinder Singh of BA l ranked Second while Pushpinder Kaur of MA Political Science, Divyansh and Naman of BA l secured Third Position. Principal Dr. Ahluwalia congratulated the prize winners and inspired them for future achievements.